Back to the home page

The Truffle Lady in the Media 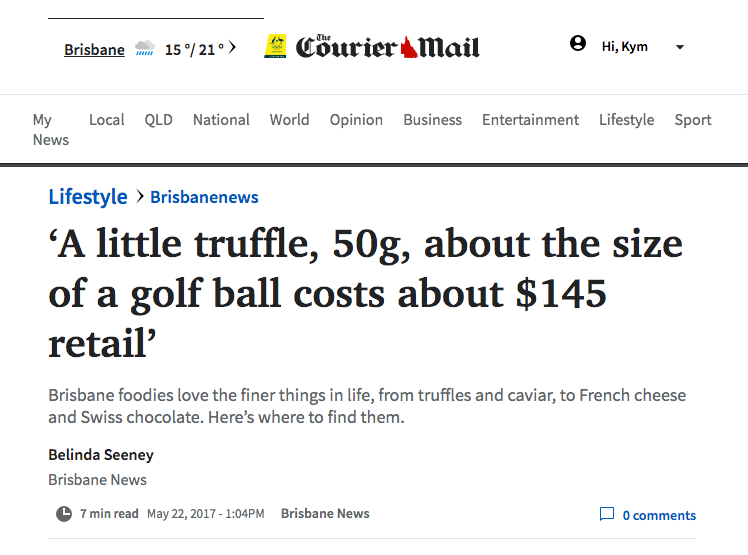 “Behind every great man is a woman running the show. At least, it is in the case of luxury, Chapel Hill-based food supplier The Truffle Man. 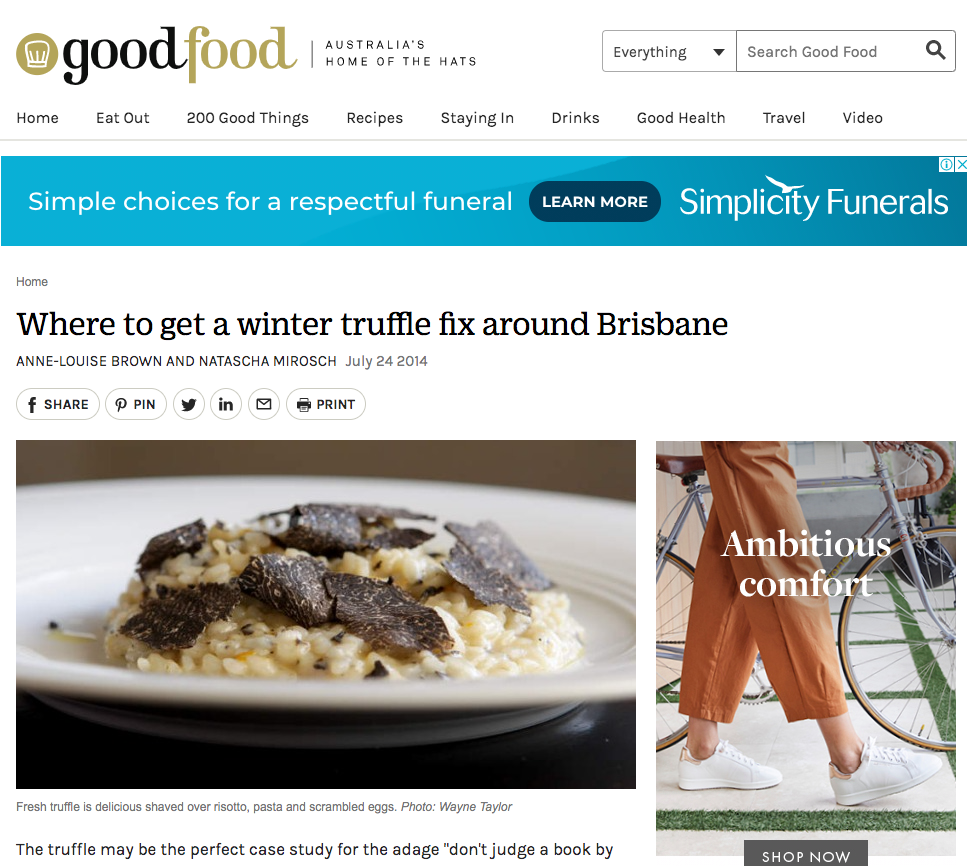 “Amanda Reboul is known as the Truffle Lady. She runs Brisbane-based truffle retailer The Truffle Man with her husband, Philippe.

Reboul fell in love with the truffle while living in France and upon moving back to Australia in 2006, became something of an ambassador for the tuber.” 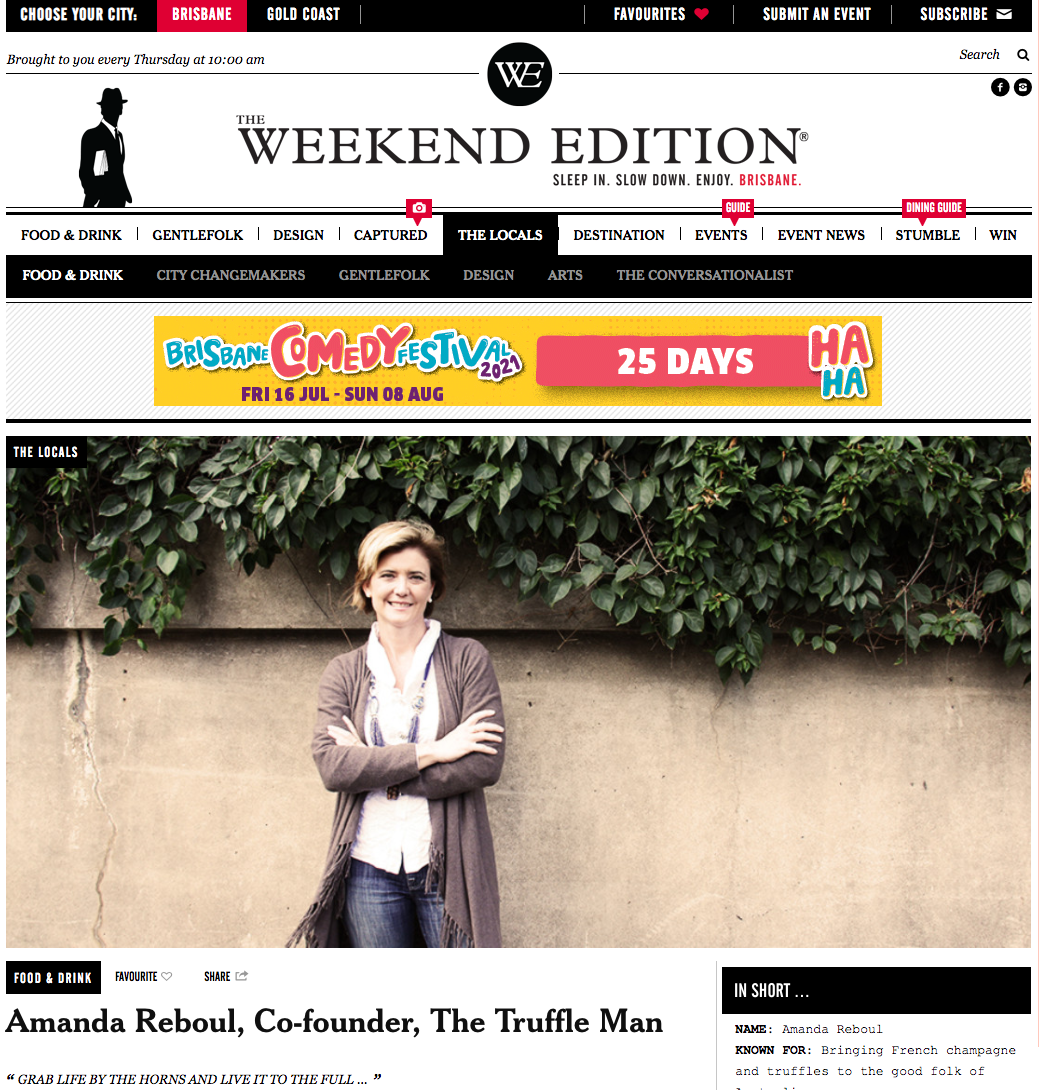 “Behind every great man you’ll find an equally gifted lady, and Amanda Reboul is one such treasure. A woman of many talents, Amanda is not only the co-founder of The Truffle Man alongside her husband Philippe, but also the company’s marketing and events manager, blogger and mother of three. While the story may start out as boy meets girl, in this case the couple goes on to live happily ever after while jet-setting overseas, spending ten years in France, four years in Tokyo, and finally returning to Australia to establish a niche French import company in 2006. Specialising in truffles and champagne, The Truffle Man range encompasses all kinds of culinary delights, from caviar and foie gras to salami and rare spices. The Weekend Edition caught up with the lady behind The Truffle Man to chat weekend essentials and Saturday morning rituals.”
Read More... 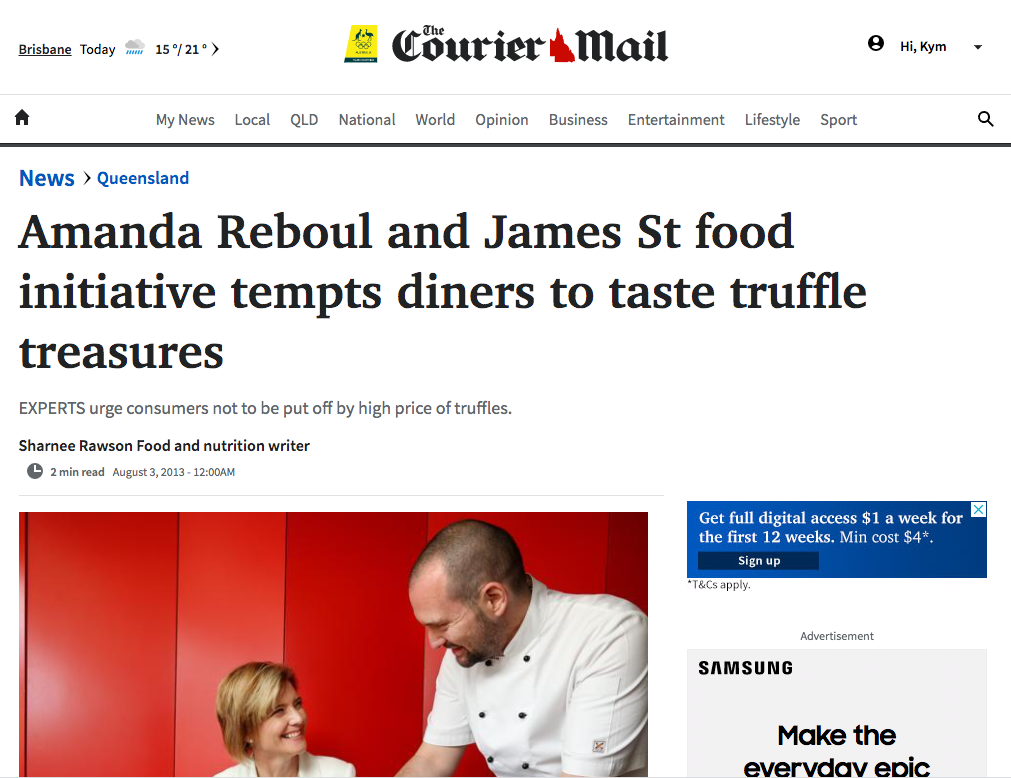 “Amanda Reboul, known as the truffle lady by Brisbane foodies, said it was impossible to understand the allure of truffles until you had tried them unadulterated.

“Truffle oil is used in a lot of things, it’s not going to kill anyone, but it’s artificial and can be overpowering, so people think, ‘oh I don’t like that’ or, when you try real truffle, the taste is too subtle and not what they expect.”

She will host truffle dinners at several Fortitude Valley restaurants as part of James St’s food trail initiative, which kicks off today. The dinner at Bucci restaurant sold out and head chef Shaun Malone said he hoped to break down preconceptions about the favoured fungus.” 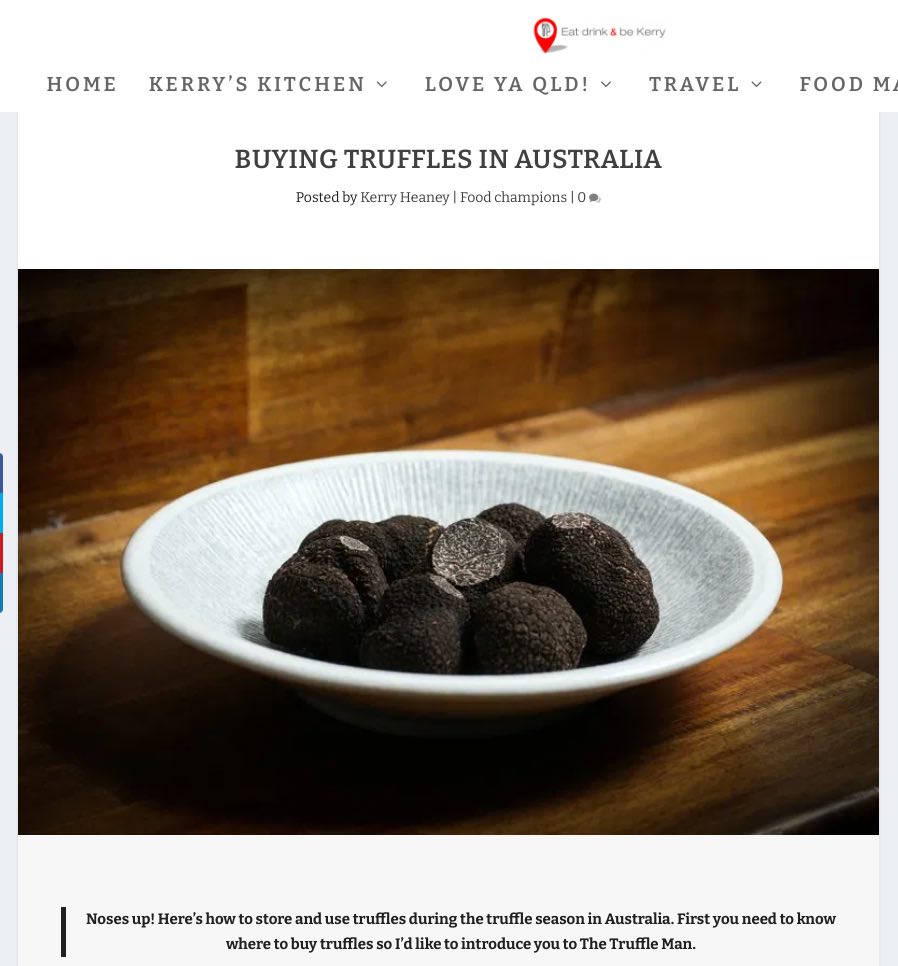 “It is easy to be seduced by the bounty from the Australian truffle season as the earth reveals its black gold to add fantastic flavour to your food. My go-to for truffles is The Truffle Man but did you know that the truffle man is actually a lady?”

To mark the start of the Australian truffle season, I had a chat with Amanda Reboul, also known as The Bubble Diva, who is the woman behind The Truffle Man! What a job she has combining two of the world’s greatest sensory experiences.

Back to the home page